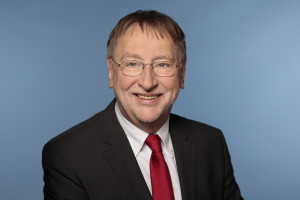 I am personally convinced that the multitude of unique products we produce in Europe, whose importance we have underlined with the establishment of the GI system, should also be recognised abroad. Not in the least because GIs are promoting and strengthening regional producers. And I consequently believe that if Europeans have a right to ask for protection for their unique products, it should be in the right of producers from third countries to ask for protection for products they deem unique. And trade negotiations are just the right place to find an agreement on how to best achieve protection for such products. The EU is doing just that with a very diverse set of countries spanning across the globe, spanning from Canada and the United States to Singapore and Vietnam. So there is a real added value that EU trade policy can bring to the many European producers of GIs.

But while I personally agree with the European wine producers and many others on this question, I cannot speak for the European Parliament (EP) as a whole. Nevertheless, there are two very important indications that my fellow Parliamentarians share my point of view, which is that these negotiations are just the right setting to find a solution for the protection of European GIs in the US. The first is a resolution the old Parliament adopted in 2013, when the TTIP negotiations had not even begun. In it, the EP calls for a TTIP agreement that “should include strong protection of precisely and clearly defined areas of intellectual property rights (IPRs), including geographical indications”.

The second indication is the current discussions surrounding a resolution on the state-of-play of the TTIP-negotiations. As responsible rapporteur, I have put forward a draft resolution which calls for the TTIP to include “an ambitious Intellectual Property Rights (IPR) chapter that includes strong protection of precisely and clearly defined areas of IPR, including enhanced protection and recognition of European Geographical Indications”. While many other parts of my draft have been at the centre of heated debates, the call for the protection of our European products abroad has only spawned positive reactions. In the end, I expect the EP to come forward with strong language on this point when it adopts its resolution in plenary.

It is clear that the protection of GIs is a core European offensive interest. As such, the comprehensive deal we are aiming to achieve should reflect this aspect.

Furthermore, no one, not us Europeans, nor our American partners, is interested in a much scaled down agreement that would exclude such important questions of IPRs as GIs. I therefore think that we will not arrive at a situation, in which we parliamentarians have to seriously consider whether or not we can support an agreement without GI protection. It is too early to speculate about what form this protection may take, but I expect negotiators to deliver a strong package to the EP upon conclusion of negotiations, especially since the vast majority of European GIs are uncontroversial for the US.

Seeing as there are still many questions to be addressed, investment protection being perhaps the most prominent, and into how much detail negotiators have to go during the talks, I think it is a highly ambitious target to reach any sort of conclusion by the end of this year.

In a negotiation for a next generation agreement like TTIP, content has to have absolute priority over speediness. We should not rush these talks just to find ourselves in a situation in which we have an agreement that doesn’t fulfil our ambitions just because we wanted an agreement as quickly as possible.