The European Commission has begun work to align EU wine regulations with the Lisbon Treaty. Professionals are complaining about the method and fear specific rules that apply to the sector will be called into question. What is the European Parliament’s position on the subject?

I am convinced that this “Lisbonisation” process has to take place. However, this alignment of regulations with the treaty should not be an excuse to review all current legislation. Neither should it complicate the task of operators. 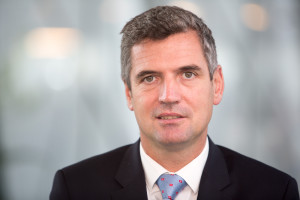 I am very mindful of preserving balances and retaining provisions that enable the sector to function well. With regard to designation-of-origin wines, I am aware that the management of this system is a fairly new area of development for the European Commission; nevertheless, it should take into account the specific characteristics of the sector. I am thinking, in particular, of the simplification of regulations for modifying specifications in a timely manner. The Intergroup is closely monitoring the discussions and work under way. The Parliament will indeed have a right of veto on the relevant delegated acts that are to be adopted by the European Commission.

Discussions have begun on the upcoming CAP reform. Are you in favour of a reform of the wine sector?

When we look at the development of the sector and the performance of our wines over recent years, I think we can be pleased with the 2008 and 2013 reforms. In the context of an agricultural crisis, the wine sector is doing well. As such, I do not see the justification for further reform of this sector. If it’s not broken, let’s not try to fix it.

What do you see as the main challenges for the future of the European wine sector?

The main challenge is to further the promotion of our wines outside the borders of the EU and to break into new markets. To achieve this, the European Union should encourage efforts to produce quality wines that appeal to consumers the world over, and support promotional campaigns.