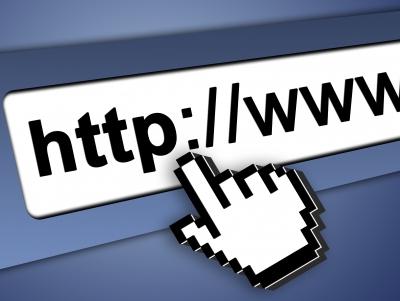 London, June 25, 2014. At ICANN50, Governments have failed to reach a consensus. The demand advanced by EU delegations to suspend the delegation of “.wine” and “.vin” was not taken into consideration. There is no longer any obstacle to a delegation of these domain names by ICANN and their use in defiance of national, European and international laws. EFOW, the European Federation of Origin Wines, is disappointed but determined. Other interests have taken precedence over those of winemakers and consumers. A widespread boycott of these domain names will be organised. EFOW calls on the EU and its Member States to implement all necessary measures to enforce the law on the Internet including the blocking of illegal domain names. EFOW announces that it will engage with other sectors – also threatened by the appropriation of generic domain names – actions to change the rules on Internet governance and defend cultural diversity. EFOW believes that the Italian Presidency must address this issue and provide a rapid and practical response.

The strong mobilisation of the EU delegations was not enough. Governments represented in the GAC (intergovernmental advisory body) have not managed to find a consensus in favour of the suspension of the delegation. ICANN may now delegate the “.wine” and “.vin” and candidate companies may unconditionally auction second-level domain names, including those containing the name of a GI wine. The inability of governments to find an agreement will encourage the development of phenomena such as consumer fraud, misappropriation of notoriety, counterfeiting and cybersquatting. EFOW’s President, Riccardo Ricci Curbastro said: “We deplore this situation. It is not normal that a supposedly technical organisation may apply different rules on the Internet than those decided by sovereign States. In deciding that the concept of geographical indications (GIs) was nothing more than a commodity and that the names could be used by anyone to sell anything, ICANN takes sides in the ongoing international negotiations. This is a further evidence of its lack of independence and a negative signal for the transatlantic discussions between Europe and the U.S.! “.

However, winegrowers will keep on fighting. EFOW confirms that it will contact other organisations in the wine and agriculture sectors in Europe and around the world to organise a generalised boycott of the “.vin” and “.wine” domain names. It asks the Member States and the EU to inform consumers and to block the domain names which are in breach of the national and European legislations. Furthermore, EFOW’s President announces a more general rallying. “We discover everyday that we are not the only ones who are concerned by the lack of rules on the Internet. Some producers of coffee, whose know-how is well-established throughout the world and rules of production are defined, are right to start worrying about the protection of their products’ name (“.coffee”). The “.food” will be another domain name on which agro-food products will have to pay close attention. We can also mention for other sectors the appropriation of generic names such as “.voyage”, “.house” by the domain names industry. We call all the sectors which feel impacted to join us and to act with us to obtain from our governments a reform of the Internet governance which must ensure the development of trade, preserve cultural and food diversity and upkeep the conditions for a fair competition.”

EFOW asks the Italian Presidency to seize this file and to act rapidly. “The EU and its members must work together to protect firmly our designations which are threatened by the policy undertaken by a private body such as ICANN. Internet must respect our living heritage and ICANN cannot grant itself the right to sell it to the highest bidder. The future of the European agro-food quality sector is at stake” adds Riccardo Ricci Curbastro.

“.wine” and “.vin”: winemakers are determined & announce they will take action