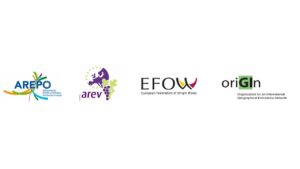 Open letter to the European Institutions on the reform of the

The undersigned associations, representing the vast majority of European Geographical Indication (GI) stakeholders, are extremely preoccupied about the direction the European Commission (EC) seems to have taken in the upcoming GI policy reform. More specifically, we are concerned about the EC’s intention to externalise the daily management of our GI specifications to the European Union Intellectual Property Office (EUIPO), which is responsible for the registration of trademarks and designs.

This is extremely puzzling. The EC has been promoting the uniqueness of the EU’s sui generis GI protection system which has always been managed at the national and EU level by the authorities in charge of agriculture as part of the agricultural and rural development policy. For decades, the EC has invested resources in promoting a similar approach all over the world insisting on the specificities of GIs and their differences with other IP rights, hence justifying a different management system. Not only GIs have an autonomous regime different from trademarks and other IPRs, but they are collective rights performing several public functions (i.e. public good, Ex officio protection, specific derogations from competition law). GIs are not an expression of private interests that only protects a name or a sign.
Over the years, EU GIs have become a symbol of the quality of European food and drinks across the world. Significant investments have been made by all people involved, private and public sector actors, to enhance the protection and promotion of GIs to the benefit of many rural regions all around the EU. The quality policy is not meant to only protect GI names, but also to enhance, defend and promote the strengths and particularities of GIs.

The current GI policy is a success. In 2013 trade in EU GIs was worth €54 billion a year and in 2017 €75 billion a year. Nowadays, GIs represent 15.5% of the total EU agri-food exports.
Our associations believe that we have a solid legal framework for GIs in the EU which considers the role of GIs as a public policy instrument, a local development tool and as a key part of the EU agricultural and trade policies.

Moreover, the recent reform of the Common Agricultural Policy (CAP) has brought about significant additional and positive measures for our sectors, such as an important simplification of procedures for the modification of GI specifications (standard versus Union amendments), a better protection, the possibility to voluntarily include elements of sustainability in the specifications and the possibility for all GIs to make use of the regulation of supply instrument. These major changes to the EU GI policy are in line with the societal demands and the EU Green Deal. They have just entered into force and will streamline the procedures to the benefit of producers, consumers and the European Commission.
We consider that GIs have public functions. They are much more than mere Intellectual Property Rights. In fact, they have been considered by policy makers up to today as public policy instruments, delivering public goods to the whole European society, ensuring:

We are firmly convinced that GIs have a leading part to play in the Farm to Fork Strategy and should be put to use by EU and national decision makers as a key tool to ensure sustainability while preserving territorial balance at the regional level. This is the reason why the management of EU GIs should remain in the hands of the European Commission and should not be outsourced to any external agency.

Our associations strongly believe that delegating any role in terms of the management of GIs to the EUIPO would send a negative signal. It would undermine the EU’s opposition to the US understanding that a collective mark or certification mark regime is the most effective means of providing TRIPs-consistent protection for GIs. This would be a u-turn on the position that the EU has been defending fiercely for years at the international level.

Moreover, it is crucial to take into account the fact that our GI specifications include more and more provisions that go beyond the protection of the name. As a result, the European Commission is the only authority that has the expertise to deal with them, as it has the ability to assess elements of GI specifications that deal with sustainability (inherent to GIs), quality, fair competition, etc. all elements which are going to be more and more central given the EU’s Green Deal. The Commission can also guarantee the GIs system remains truly European, ensuring uniformity and consistency in its application throughout the Union.

Finally, we reject an argument of the EC which says that it needs to have more resources to deal with the GI policy. We believe the new rules developed to simplify the amendments procedure (standard versus Union) to GI specifications will be successful in helping the European Commission to deal with possible delays and backlogs, as it was demonstrated when such changes were introduced for GI wines a few years ago. The number of pending dossiers is much more limited nowadays and GI operators do not suffer from backlogs.

To sum up, the current GI policy is more than just protecting a name, it is an integral and successful part of the common agricultural and rural development policy. It should remain part of it and be fully managed by the European Commission.

Therefore, we call for a continued strong involvement of the European Commission, and more directly DG AGRI, in the management of the GI policy, in light of its comprehensive understanding of EU GIs, including the promotion of rural development, sustainability, ex officio protection and negotiation of bilateral agreements or multilateral agreements.

AREPO, the Association of European Regions for Products of Origin (www.arepoquality.eu), is a network of regions and producer associations that deals with products of origin and EU quality schemes. It represents 33 European regions and over 700 associations of producers for over 60% of European GIs.
AREV, The Assembly of European Wine Regions (www.arev.org), created 33 years ago, is based in Brussels and has some fifty European member regions, represented by a double base: elected regional politicians and representatives of winegrowing professional organisations. This model gives AREV a unique statutory and historical legitimacy.
EFOW, the European Federation of Origin Wines (www.efow.eu), is the Brussels-based organisation representing PDO and PGI wines towards European institutions. EFOW represents over 80% of EU GI wines. As the voice of origin wines, EFOW’s mission is to defend and promote the concept of wines with Geographical Indications at the EU and international level.
oriGIn EU is the European antenna of the World Alliance of Geographical Indications (www.origin-gi.com) and represents individual GI groups as well as national GI associations to the European institutions. The GI sector makes a significant contribution to the European economy, representing a sales value of over 75 billion euros and some 15.5% of total EU food and drink exports.