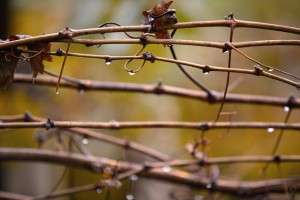 From as far back as we can remember wines have been labeled with their place of origin. Over centuries, certain wines have become famous and their names prestigious due to their unique quality. Ex: Chianti, Champagne, Porto, Rioja, Tokaji, etc.

Origin wines are treated as intellectual property rights (IPRs).Their particularity resides in the fact that they originate in a specific geographical location and that they have qualities and characteristics which are essentially due to their region of provenance and their production method. Origin wines usually bear the geographical name of the area in which they originate, although there are some exceptions, such as “Muscadet” in France, “Cava” in Spain and “Vinho Verde” in Portugal.

Moreover, because the production of origin wines is rooted in their territories and cannot be delocalized, origin wine production contributes directly to:

The origin wines’ specificity has been recognized at the European Union level since the nineteen seventies in the context of the wine Common Market Organisation (CMO). In the European Union, origin wines are protected either as Protected Denomination of Origin (PDO) or Protected Geographical Indication (PGI). They are subject to specific rules with regard to their production and labelling, but also as far as their protection and promotion is concerned.

At the International level, origin wines also enjoy a specific protection, in particular under the World Trade Organisation trade-related intellectual property rights agreement (TRIPs) and the International Organisation of Vine and Wine as geographical indications. The EU has also secured a protection for origin wines in the context of several bilateral agreements with third countries, although the level of protection granted varies widely from one country to the other and is often too limited.

The concept of registered designation of origin is becoming more and more widespread and universal. The success of this model is now giving European competitors food for thought and they, in turn, are starting to promote their regional soils by producing wines with geographical indications. Origin wines can be found in many wine producing countries, such as Argentina, Australia, New Zealand, the United States of America, ect.